The Cycle of Violence: Why Can't Marvel Stop Abusing the Hulk?

Some of you may have heard me voice my distaste for the recently-begun Hulk series by writer Donny Cates and artist Ryan Ottley. I'm not alone, either; there are many out there who feel let down following the absolutely incredible, 50-issue Immortal Hulk run written by Al Ewing. 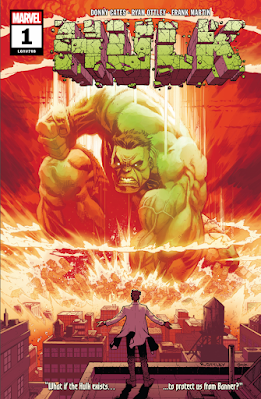 I mean, on the surface, who wouldn't feel that way? Ewing's Hulk was dense and literate, showing the gradual rebuilding of Bruce Banner after coming back from death. He brought back the multiple personality elements of the Hulk, including not only the childlike Savage Hulk, but also the crafty Joe Fixit (although trapped in Banner's body for most of the run) and Paul Jenkins' contribution to the mythos, the aptly-named Devil Hulk. He made the Devil Hulk the glue desperately trying to hold Banner together in the aftermath of trauma before finally killing him off. And after that, it was Joe Fixit's turn in the spotlight, to build a bond with his "brother," the child Hulk, whom he previously never liked, even resented. Together, they rescued Banner, the missing part of their "system," from the Below Place in a showdown with the Leader, his arch-enemy bonded with his dead father's soul. In making peace with the Leader, he also made peace with the memory of his dead father once and for all.

Surely, after such weighty matters and a reunion of the primary members of the system, we thought Al Ewing would stick around a while and show us what the working system of Banner, the child Hulk and a cosmically-powered Joe Fixit in a Hulk form could really do, right? Alas, Ewing's Immortal Hulk now stands as a mere transition period, although one with a panoply of tools for a subsequent writer to employ.