Rebirth of a Delusion (Of Lanterns & Things)

Did you miss me?

Yes, it's been a hectic year--buying a home tends to add a whole lot of complications to a perfectly productive life. You've still seen me lurking around Facebook and Twitter, and I've even taken up co-hosting duties alongside Ragin' Rick Hansen and Captivatin' Karl Fink on The Incredible Hulkcast starting with Episode 28. But now, I hope to be back to where it all started, right here at Delusional Honesty. Because honestly, if nobody's posting a thing here, why the heck do I even keep this site around?

And, like any decent column of mine should, we begin with a green character. 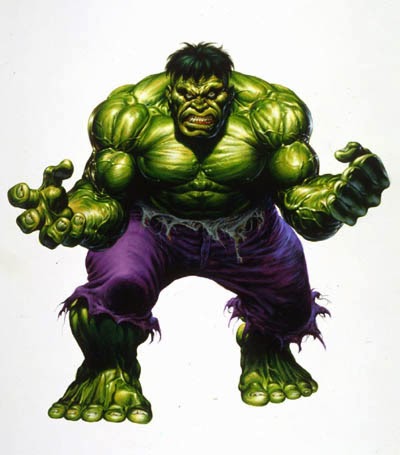 But no, not that green character.

Allow me to explain.

Everybody remembers when "The New 52" started, right? It's been about 2-1/2 years now and many of you are probably wondering why that moniker even still matters. (Meanwhile Marvel Comics is on their second "Marvel NOW!" campaign, entitled, appropriately enough, "All-New Marvel NOW!" Insert groans and sighs if you wish, but at least they didn't reboot continuity as a sacrifice to the elder gods of Burbank, California. Ahem.)

Anyway, one of the books that relaunched during "The New 52" that wasn't quite relaunched as much as the others--am I still making sense?--was Geoff Johns' perennial favorite, Green Lantern, the book on which he'd worked nonstop since late 2004. Johns seized the reins of a series that was a very modest seller, and in one month more than doubled circulation. He raised a middling book to the top of the heap where, after a fashion, it's remained ever since. Not just that, but the book has spawned an increasing number of spin-off series, becoming one of DC Comics' largest franchises, right up there with the Superman, Batman, and Justice League corners of their universe. (Hooray, he says sarcastically, for diversity in the marketplace.)

The series and its spin-offs have flourished in spite of Johns' and DC's own Icarus moment. Yes, I'm talking about the much-maligned, overlong, banal Green Lantern film of 2011. You remember, it was the one that was supposed to be the start of a franchise that didn't have "bat" or "super" somewhere in the title. Instead it was a tragic misfire that tried to cram too many incredible concepts into two hours, and ended up exactly that--not credible--in the eyes of theatergoers everywhere. With a budget of some $200 million US, ol' GL racked up an embarrassing domestic box office total of some $116 million and a foreign B.O. total of $103 million. (Unsurprisingly, a sequel is stuck in development hell.)

I've had a long, off-and-on association with the Green Lantern character. It began in late 1984, courtesy writer Len Wein and artist Dave Gibbons, as well as a little comic shop in East Liverpool, Ohio, where my father bought me the book. In the story--which to this day invites comparison to Denny O'Neil and Luke McDonnell's deconstruction of Iron Man the previous year at Marvel--Green Lantern Hal Jordan has quit the Green Lantern Corps, and the Guardians of the Universe--they who lead the Lanterns--have assigned another Earthman, John Stewart, to fill the ring, er, suit. 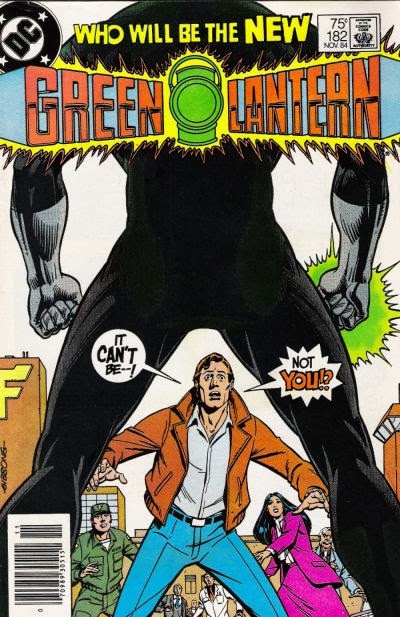 It was the era of Super Friends: The Legendary Super Powers Show on ABC-TV, and Super Powers also meant a series of limited series by comics legend Jack "King" Kirby. It also meant a line of action figures made by Kenner Toys, each of which included a mini-comic starring the same hero as was in the package. There were even tie-ins like hot chocolate. I'm relatively certain that one of those tie-ins--I'm thinking the figures--had a special offer for 3-month subscriptions to a few choice DC titles. That's how I learned about the Legion of Super-Heroes, and that's also how I began following Green Lantern in earnest.

Maybe it wasn't the best time to come aboard the series, what with John Stewart learning what it meant to be a Green Lantern all over again, and Hal Jordan trying his best to get back to the Corps. (Much later I bought the Green Lantern/Green Arrow trade paperbacks and learn of Stewart's first outing as a GL.) Still, there was something inherently interesting enough about the characters that I renewed with another 12-month subscription as the long, slow countdown to issue #200 began. (By "countdown" I mean it literally, as each issue's title literally counted down, beginning with #194's "5.")

The series changed hands from Wein and Gibbons to Steve Englehart and Joe Staton, but the stories kept their cosmic bent, featuring such key GL concepts and characters as Star Sapphire, the Predator, Katma Tui, the ring's yellow impurity, and more. During the crossovers with the Crisis on Infinite Earths limited series (which I wasn't even reading then), I even saw Guy Gardner get a GL ring for the first time!

Alas, right after the 200th issue, with the book's name officially changing to The Green Lantern Corps even though Hal had regained his ring, I was no longer interested. (Funnily enough, my subscription ended the month before, with #199.) In fact, I was no longer interested in DC at all, and would remain so until I rediscovered Firestorm, whom I remembered from the Super Friends cartoon. (And you can read all about my obsession with the character starting here. See how we all tie things together at Delusional Honesty?)

So, how did I pick up Green Lantern all over again? And how exactly does the answer lead to the horrendous pile of trade paperbacks I've had stacked in my library room? 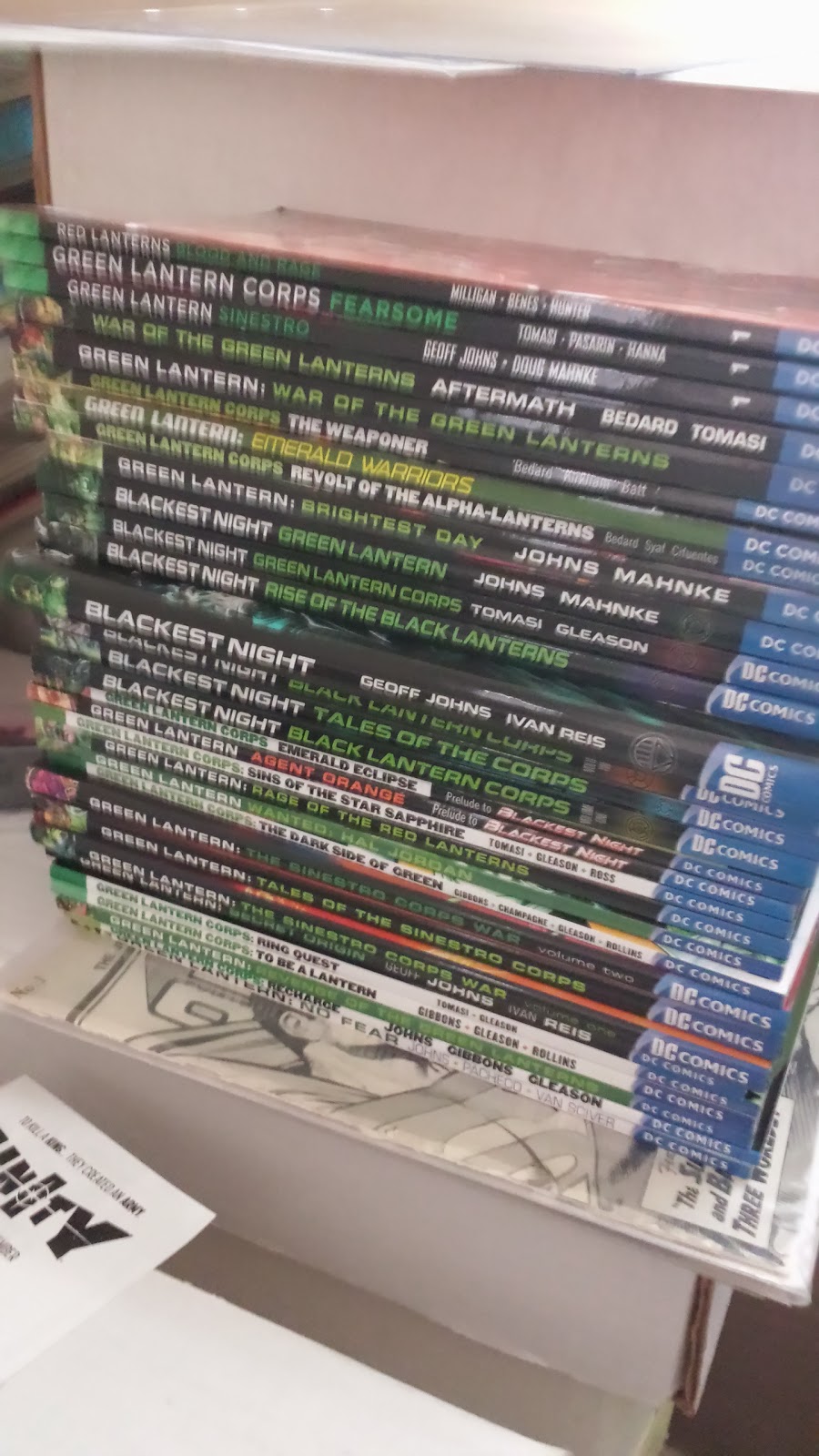 Well, now that would be like skipping to the end, wouldn't it?

See you next time!